Some words about 2015 Nobel prize for literature

A very busy personal life and a lot of other personal assignments took me away this year from the fever of the decision process and final announcement of the Nobel prize for literature. In comparison with the Peace prize which is sometimes highly controversial, the highest world award for writing is frequently circumscribed to the writing prodigy instead of the political preferences. Although the political and various circumstantial choices are still there, the value of the literary work usually prevails. Having thus in mind, I usually expect the final decision as a new opportunity to discover new writers and interesting books.
The choice of this year, Svetlana Alexievich, was really interesting. A journalist by background and profession, with a common Ukrainian and Belorussian heritage and influenced by the Russian literature and culture - "a great culture without which I cannot imagine myself" - she is living in Minsk, the capital city of one of the latest dictatorships in the world. She grew up and spent most part of her life in the former Soviet Union, without being a dissident. Following the publication of her book about of the Zinky Boys - the former combatants in Afghanistan - she had to leave Minsk and wandered for around 10 years in Europe - from Paris to Gothenburg and Berlin, but without becoming one of those constant strong voices asking for democracy. However, her books are testimonies of people affected by history, either there is about the former Afghanistan combatants or the victims of Chernobyl catastrophe. "I am a human ear of hundred of voices", that "collect the everyday life of feelings, things and words", she said in her Nobel address as well as in various interviews before and after the announcement of the distinction award. Her works are exclusively books of interviews and journalistic prodigy that I cannot wait to find them in new English translations. But if she is using the traditional Russian methods of interview, combining human observation with sophisticated literary skills, I expect that her works are going beyond the day by day account of the reality. In her public appearances she mentioned being influenced by Ales Adamovich, the author of the 1971 novel Khatyn, another Belorussian intellectual who broke silence on the scale of the Chernobyl disaster, but with a higher profile in support of democracy and writers' freedom.
Alexievich is one of the few non-fiction writers awarded the Nobel: the German historian Theodor Mommsen, the dissident Alexander Solzhenitsyn and Winston Churchill.
As for now, I only documented second hand facts and impressions, driven by the curiosity of finding someone that seems to be interesting. I am waiting to have my own reading experience about for sharing personal impressions. From many points of view, the decision of awarding the Nobel prize to relatively less vocal and famous writers open the door to many interesting intellectual challenges. I wish I am fluent in Russian for starting already to read Alexievich books.Apparently, there are a lot to do to improve my writing life in the next months.
Posted by WildWritingLife at 17 December No comments:

Back in the business of blogging

It was a long time since my last post was published here, but the good news is that I was quite busy with a lot of writing assignments, new travel adventures and a lovely baby boy. Books, as usual, kept being part of my life, and since I finally decided to switch to a smart phone, I can keep reading my impressive Kindle library while walking too and on the way to my office very early in the morning. 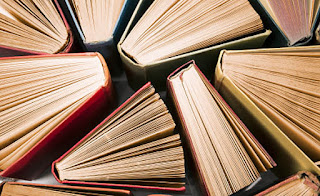 Now, that my writing life and not only is going - hopefully - through a kind of (re)settling down, I am finally able to relaunch my dear bookish blog.
The content will continue to be about books and the writing life, with many new reviews ready to be published. I will also keep updating about bookish events - book fairs and other specific events, like literary festivals. As I finally started to organize my own writing files and in the next 12 months I expect to finish part of my book list that I have ready in my mind for a long time, there will be some specific posts dedicated to various aspects of the writing process, as well as tips and experiences related to the book marketing (because I am supposed to sell my writing too, isn't it?).
As a novelty in comparison with previous posts, I plan to have periodical interviews with writers as well as representatives of the publishing industry. Specific news about the life of books and authors, will be also published once in a while.
Shortly, there is fresh new interesting content coming up, plus stay tuned for more news about my own writing as well.
Till the new post, happy writing and reading!
Posted by WildWritingLife at 15 December No comments: