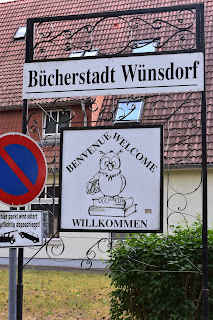 This year was not blessed with too many bookish travels, as most of my travels were rather focused on culture and travel, but without a clear touch on the local bookstores (there are still some good weeks left, so many I will achieve something meanwhile). One of the most memorable bookish adventures was a visit to a very bizarre destination: Waldsdorf-Wündsdorf. A bunker city where over 40,000 soldiers of the Red Army were living until 1994, it also has a cultural character, and not only for the historical traces of the old times. 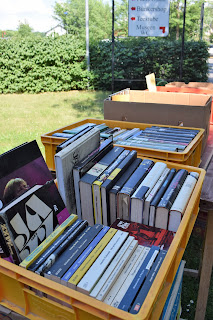 This relatively modest city both by look and by size was the first German city to be declared 'city of books' or 'booktown'. The project of awarding such titles to cities all over the world was started back in 1962, by Richard Booth from Wales. that created such a city in 1962, in Hay-on-Wye. The condition is to create a coherent complex of cultural locations, antique books stores and restaurants. 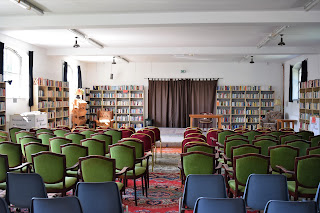 And Wünsdorf is a place where the cultural offer is generously shared. Besides tons of old books, mostly in German and from the time of the former Communist Germany, there are also plenty of cultural locations where book readings or other cultural events are taking place. With rows of books from the floor to the ceiling, the visitors are invited to take a seat, check the offer of books, take one or two and eventually leave the amount in a piggy bank. Book readers should always be trusted, isn't it? 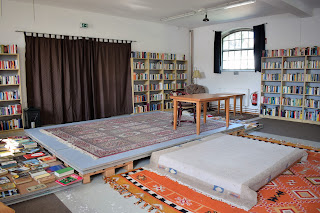 Although this time I didn't take any book, spending so much time surrounded by books is always a good time. With so many open spaces ready to host authors and their works, I would actually love to come back at least once soon to check the local cultural vibe as well.

Posted by WildWritingLife at 29 November