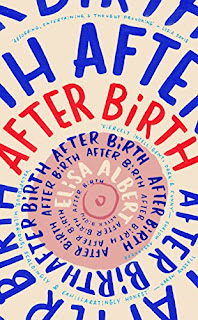 As I am writing this, I am at the end of the very exhausting weekend when the baby threw as many tantrums as possible, by day and when possible, by night too. I felt more than once at the end of my strength, while trying to finish a book about traumatic post-birth first-time mothers experiences.
The main characters had a different story than mine as I neither had a C-section nor went through post-partum depression. I don't have a devoted husband either to eventually take care of me when I might have enough of 'that furious impotent infant scream'. But any women that went through the first year of motherhood can easily connect with many of the experiences and feelings shared.
The motherhood experiences are told mostly from inside the house, not from the street when everyone can look nice and clean and with a large sympathetic smile on the face. Therefore it goes rather into the authentic than in the make believes. The true is that one can hardly know what to expect after birth. From the hormones-infuses clouds of the pregnancy one lands into the hardship of sleepless nights and the pains of breastfeeding, the impossibility to communicate with the little something that we can die for but sometimes we feel they are about to kill us slowly. 'Sometimes, I'm with the baby and think: you're my heart and my sould, and I would die for you. Other times I think: moron, leave me the fuck alone so I can slit my wrists in the bath and die in peace'.
Most of the to-do-list assigned to mothers is from outside and this goes also to the role assigned to the woman as children bearers. Or the psychotic attachment to our children until their old age as they are still part of us, of our womb, and not individuals with their own life and body. 'These tiny people, they're not about you. They are not for you. They do not belong to you. They are under your care, ijs all, and it's your job at being a decent human being, love them well and a lot, don't put your problems on them, don't make your problems their problems, don't use them to occupy empty parts of yourself'.
The men and the baby too are background characters of this story, but the relationship with other women, including her own, now deceased mother, are obsessive, toxic and only fuel the tension. Her self-hate relationship with her Jewish identity is the most stereotypical part of the story, which actually I didn't enjoy at all. But for those who don't care too much about this, it is a good book with fantastic ironies and sarcasm and cruel reality. Believe me, motherhood is not for the faints of heart!

Posted by WildWritingLife at 25 June