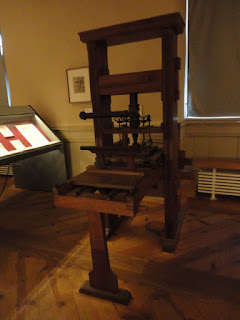 At the beginning of this year, I paid a one day visit to the the city of Lutherstadt, a small and picturesque destination less than one-hour away from Berlin. Passionate book lovers may know that one of the big merits of Reformation was the spread of translations and printed books and the development of mass communication in general, with a direct impact on religious publications, but going far beyond that in just a couple of centuries. One of my longest stops of the trip was at the memorial house of the famous Luther. The first German Bible was published in 1534, with a direct impact on the translation of religious texts in the German language. 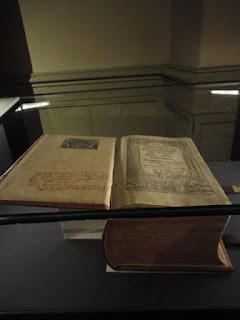 The museum, with very informative explanations both in German and English, is a paradise for the lovers of old books. Since 1877, it started to collect an impressive stock unique in the world for its variety. There are manuscripts and contemporary documents about the history of the Reformation, interpretations of religious texts as well as writings by representatives of this religious movement, such as Melanchton or Zwigli. Regardless of your religion, there are interesting texts to read and understand. 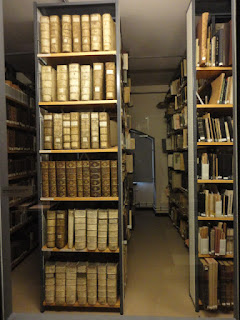 The books are preserved in special conditions. Some of them are presented to the tempted reader behind a glass room. According to the information available on the spot, the inventory counts around 15,000 titles, covering the 16th-18th century, most of them dedicated to the Reformation. In addition, there are also 14,500 sheets of graphic arts. 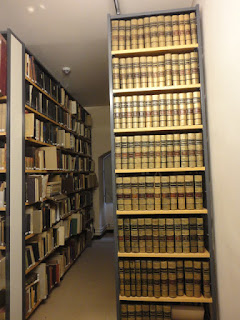 Any serious book lover visiting the area must pay a visit here, because beyond the religious considerations, it tells stories about the history of books and, therefore, important episodes from the history of humanity as such.
Posted by WildWritingLife at 12 July