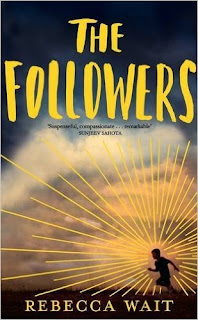 Stephanie, the single mother of the 12-year old Judith is struggling to meet the daily life ends. During her work at a coffee she meets the intellectually charming Nathaniel. After their relationship advances, despite the Judith disapproval, he is luring her and her daughter into the hopes of a better, protected life, into the Ark, a communa-like built community in the moors of England, where Nathaniel is the self-proclaimed prophet. Once entered, the women and their children are not going out, while the men are allowed to work and move freely out of the community.
Once Stephanie is becoming member of the cult, and becoming a new name - Sarah - Nathaniel is showing his dictatorial, at the limit, psychotic personality, ordering the members - chosen following his personal dialogue with Gd - to obey and renounce their free will. The outer world - the Gehenna - is depicted as a reign of evil and decadence, a frightening world deemed to die. The entire world is built around the Prophet. He 'had created a world ad then he'd destroyed it'.
The brainwashing process as such, the detailed ideology of the cult or the histories of all the members of the Ark are not particularly detailed, but one can see how it works through every individual, from the children born here that never saw the outside world and will be later scared to death when they see a TV set for the first time to the newest member, Sarah.
In her passivity and assumed condition of follower of the Prophet - not necessarily as a strong Gd believer - but for the love and comfort offered by the man Nathanel, she is a terrifying example of how and to whom a religious cult can operate. She doesn't protest when her daughter is taken away from her and confined to the education - predominantly religious, based on selections ordered by the Prophet - of the community, and assumes easily her new role as the woman of the Prophet - one of them as she will soon discover but even this reality is not strong enough to wake her up. She doesn't think twice when Nathaniel orders her to cut the throat of Esther, her sexual competitor condemned as sinful because failed to report her husband's intentions of leaving the community. She is both the perfect victim and perpetrator and 'what's taking place is beyond her'.
I was particularly impressed by the meeting between strength of the writing and the deep psychological analysis that resulted in a book that makes you think and reconsider religious and leader-based group allegiances. The suspense is skillfully created in a way that even one can have a guess that Stephanie/Sarah might have done something terrible, you are not revealed until the final part of the book. An intelligent literary construction that makes the book even more memorable.
Rating: 4 stars
Posted by WildWritingLife at 08 December