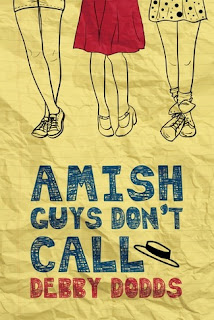 This book is an elegant yet fast paced story about understanding different approaches on life, forgiveness and coping to life challenges as a teenager.
More than dealing with teen insecurities and family disfunctionalities, this novel elegantly deals with opening the eyes, and the heart, to what is different, more than from a perspective of the temptation of the unusual.
Recently moved to a small community after her shoplifting addiction was revealed, raised by a success-driven mother and with an absent father, the nerdish Sam is trying hard to build a new life. For the beginning, everything looks fine, but obstacles are suddenly returning to her life.
She fells for Zach, a mysterious guy who left his secluded Amish community and is about to believe that he will leave her to return to his family. Madison, the leader of her new clique is ignoring her after she made some hastened remarks about her drugs and drink habits. A fake Facebook page mocking her Amish romance was created to shame her. She fells lonely and her shoplifting habits return.
There is some light out of this mess, and the author solves the tensions in creative and unexpected ways. Sam has a strong consistency as a character, and her curiosity for learning and science is contagious. Zach is also a 'real' presence, with his efforts to understand the modern life while recognizing the values of the community he was born to. The presence of Amish words or expressions is a way to outline his roots and identity.
The narrative outlines beautifully the usual teen struggles nowadays, to be always popular, independent and answer all the world temptations, while maintaining a basic fragility and the permanent need of protection - although not manifested or requested openly. It also teaches some lessons about tolerance and understanding different identities, in this case Amish, by refraining to accuse and belittle or even worse, disregard them as some undeveloped animals in a zoo.
It is a beautiful YA novel, which can be used as an inspiration also for teachers and educators working with teenagers, particularly in multi-cultural environments.

Rating: 4 stars
Disclaimer: Book offered by the publisher in exchange for an honest review
Posted by WildWritingLife at 09 May