Murder in the NYC Hasidic Community 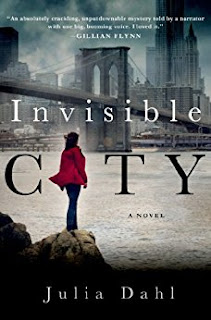 Haunted by the memory of the mother that left her when she was only 6 months old, Rebekah Roberts is moving to NYC to work as a journalist. As a beginner reporter for the New York Tribune, she is dealing with her first serious case investigating the mysterious murder of a woman belonging to the Hasidic community to which her mother belonged before running away for a short time with a non-Jewish man, Rebekah's father.
In just a couple of days, the young reporter is going through a serious identity crisis, while she is looking to reconstruct the life of her mother through the snipets of life of the Hasidic people she meets. It is a world full of secrets and interdictions, secluded within high walls of prohibitions and very limited interactions with the outside world. Guided by chance, Rebekah is making her way through an overwhelming world she was not aware of before, looking to reconstruct the life of the victim while trying to understand what brought her end.
As I am familiar with this world, I easily got into the mystery, but I think that in general the information regarding the background context is greatly accessible, without overload of Yiddish slang or a simplified, cartoon-like reality. You are offered enough information to understand the story.
But what matters the most in a thriller story is how do you find the truth and in this respect Invisible City is a page turner, with an end more complicated than expected. My mind wandered from a potential suspect to another and then another, without being 100% sure about the real criminal. What disappointed me though were the dialogues, not so well crafted and interesting.
Invisible City was only the first installment of the series having Rebekah Roberts as the main character, and would love to read the other two from the series too.