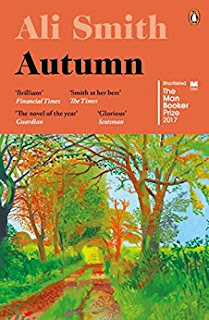 It is the late autumn of life for Daniel Gluck and the autumn of reason for England.
A former refugee child from Germany who survived the war while on a boarding school in England, now a bit over 100 he is deeply delved into his sleep before the big sleep. A film of sensations and figures and stories are running in the front of his closed eyes.
His former child neighbour, Elisabeth Demand, is the only one visiting him. Every day, she reads him from her books she carries with, once from The Brave New World. She also remembers various episodes of the past, especially how her talks with Gluck, once familiar with the rebel artists of the 1960s-1970s, influenced her professional choices.
Torned between past and future, our projections and memories of the memories, we often - if not always - experience the human imprecision of the moment. Our memories are shaped by others, the media impact and context and our subjective personal histories. We may forget names but we keep in mind encounters, or the other way round. Memory in Autumn reminds of one of the well elaborated collages of the pop artists mentioned in the book. Highly selective, random, unfair and a matter of very personal choice after all. What we actually experience as 'present' is the vital outburst of the second, we are rarely fully aware about.
The book is taking place on different temporal layers, which may intertwin, contradict each other or simply go on parallel lanes. Although the story in itself is minimal, and there are maybe too many details of stories wasted into disparate allusions (like the Brexit suggestions which are welcomed for creating the context but not always in my opinion in the right narrative place; I've liked the strong sarcasm of this quote though: 'But news right now is like a flock of speeded-up sheep running of the side of a cliff), I've found the temporal exploration both fascinating and revealing. It raises questions about memory and what it is made of, and especially how.
I'm curious to explore the other writings by Ali Smith, and Winter is already waiting on my shelf.

Posted by WildWritingLife at 19 October