History in the Making Explained to Children 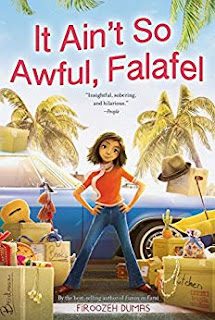 'I can't help but think how much easier it is to live in one place your whole life. I will never know that feeling'.

Zomorod is a curious teen from Iran, that moved to America with his parents, after her father received a work offer in the oil industry. We are in the end of the 1970s, without social media, smart phones and selfies and the communication between teens is completely different. She has to leave one place for another, leaving behind friendhips, school mates and teachers. Plus, with a name hard to pronounce and his parents hardly speaking any English the integration is even more difficult. Plus: 'Speaking Persian in America is like speaking a super-secret language that no one understands'. Teenagers all over the world want to be part of something, of a community and not to be outrageously different. It's time for Zomorod to make a change: from now on, she will be Cindy, she will go to the usual events American teens go, including summer camps, she is even getting a job. I've found very interesting how New York Times bestseller author Firoozeh Dumas created the main character, as a curious child learning through comparisons with the world of adults.
Meanwhile, the situation in Iran is going through dramatic changes and his father lost his job. They are living on savings and planning to return back home, despite the rapid pace of Islamization the open minded Persian society is going through. Although Zomorod is assumedly living in an area of middle-class Americans, the fact that a 12 years old is asked repeatedly about the situation in Iran, as she is a political analyst sounds a bit forced and unrealistic to me. The book is supposed to have a serious historical content, to be further used for discussions about Iran and other cultures, but more than once I've found this part a bit exaggerated, from the teenagers' point of view.
It Ain't So Awful, Falafel is a slow paced, insightful mid-grade novel appealing to curious children, open to learn about cultures, trying to adapt to new cultures while building their strong identity based on their full acknowledgment of their roots and traditions.