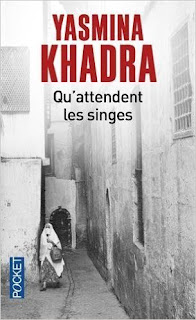 Many pages into this book I was not sure what attracted me to keep reading more (I finished the book in less than 24 hours): the intricacies of a system corrupt to the bones which I am familiar with or the crime story which takes place. After more pages with deadly crimes with a clear author, despite the presence of some investigators, including a woman lesbian who is the chief investigator, but will be also killed at the orders of a pervert tyran, I realized that the politically and humanly corrupt ambiance is what made me curious. It was the curiosity of checking if things stays how I remember to be in a corrupt country or it is maybe something different. Sadly, the stories told in the book are authentic, especially regarding the media part.
This political background is overwhelming and predominant in the story. The crime details become somehow additional, without too much classical investigation done, their role being apparently to complete and add more content to it, which is almost killing the rest of the narrative. Most probably you can create interesting stories on this background but this was not the choice of the author - himself knowledgeable quite well of the Algerian realities, as a former member of the military bureaucracy.
The overall feeling was frustration because I was expecting much more but there is worth giving a try to this book as a weekend lecture. I've read the French version and I recommend it for some interesting dialogues and the author's choice of integrating daily politics into the novel narrative. Not the best example, but at least three stars worth.