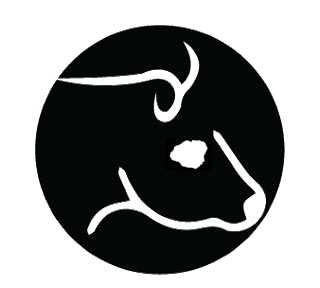 Today, I start my new series on the blog: Publishers Secrets is dedicated to introduce interesting edition houses. The first guest is Cow Eye Press, that you can find online at www.coweyepress.com and on Twitter as #coweyepress

1. What is the history of Cow Eye?
It all began with the Cow Eye Ranch, which spawned the town of Cow Eye Junction, then Cow Eye Community College, and eventually our publishing house, which we chose to call Cow Eye Press for sentimental reasons. We had honestly never intended to become publishers - in fact, we come from a long line of apothecaries and mystics - but once we came to experience firsthand the fetid condition of mainstream publishing, how the literary establishment overlooks innovative writing in favor of the familiar cant produced by agented professionals, we really had no other choice: it was either look the other way while the New York literature industry continued to pursue its ends at the expense of an ingenuous reading public, or take matters into our own hands. In a moment of profound optimism, we chose the latter path, organizing our imprint in 2014 as a response to all that is regrettable in the world - not just in the area of book publishing but also as it pertains to the deepest recesses of our collective soul.
2. What do you offer different compared to other edition houses?
Most publishers pride themselves on being "professional" in their approach to publishing. We do not. We delight in being amateurs ill-suited to the rigors and conventions of commercial publishing. We also take pride in inhabiting that territory between the real and the imagined, between what is merely known....and what is conjured up exclusively in the mind's shadows. Certain perceptive observers have even questioned whether Cow Eye Press really exists at all - whether it's not some kind of fiction itself - and this misconception suits us just fine: a publisher should be judged by its books, not a book by its publisher. Ultimately, we intend to exploit our platform as an independent publisher, and our status as an extreme outlier in both geography and persuasion, as a vehicle to expose and comment on society's numerous injustices. We'll start first with the grave inequities within the literary world - its incestuousness, its vacuity, its vile habit of rewarding convention over ambition and reputation over merit - then proceed slowly outward from there.
In terms of the titles we offer, we only have one in print right now (the wonderful Cow Country by Adrian Jones Pearson - Review coming up soon!) though we do have plans to release two more titles within the next 18 months or so. Editorially, we look for works that challenge the status quo - both artistically and ideologically - and that are intelligent, counter-intuitive and unconventional. We want books that will be interesting beyond the narrow window of their initial release and concomitant promotional campaign - those that will still be meaningful to intelligent readers in 10, 20, even 25 years. Beyond that, we simply ask that each work contain at least one direct mention of cows or cattle.
3. Where do you see yourself in 5 years from now, on a very diverse and highly competitive publishing market?
In five years it is our expectation that we will have conquered the publishing landscape and that our books will be seen as the model of editorial and artistic excellence. We also expect that in due time the New York publishers themselves will be looking at us with a mixture of envy and alarm. At present our plans are to release no more than four titles per year - though that number will likely be fewer given our limited resources. Fortunately, we do have the luxury of discretion in this because, unlike traditional publishers, we are not slaves to a marketing department or to some business plan constructed in the name of maximizing profits. We will publish exactly those books - and that quantity of books - that we feel best serves the interests of literature itself as a viable and vital aspect of our humanity.
4. What does it stands for 'intercultural discovery' from your website for?
In the broadest sense, culture can be defined as that experience that we share with other human beings; it is the essence of what distinguishes us as individuals and that unites us as members of a greater ideal. As editors, we look for books that exist at those intersecting points where competing experiences and perspectives come together to create an atmosphere of discomfort, awkwardness and hesitation. Uncertainty as an emotional state is a highly desirable condition to aspire to - and its literary purposes are transcendent: for it's here that meaningful discovery can occur. In short, we see our role as bringing as much confusion and hesitation as possible to an increasingly unequivocal world.
5. What are your publishing plans for the next months?
In the next few months we are going to take some time to appreciate the coming of spring, the sudden emergence of life out of the gray of harshest winter. When that's done, we'll jump back in to our work as an independent publisher of idiosyncratic fiction. Our first novel, which has achieved modest success despite being essentially ignored by the major review outlets, has just come out in audiobook format and is also being translated into Italian (by the Milan independent publisher Baldini & Castoldi) and into Russian (by Eksmo Publishers in Moscow.) So over the next few months we'll be looking to sell rights to that novel for publication in other languages - in particular French, Spanish, German and Telugu. We're also in the process of producing our second title, a collection of essays on literary criticism. We're really looking forward to that book as it argues for an approach to criticism that supports innovative fiction - something that is sorely needed at this most inauspicious of moments in the history of literature. That book is slated for release in late 2016.
Posted by WildWritingLife at 01 April