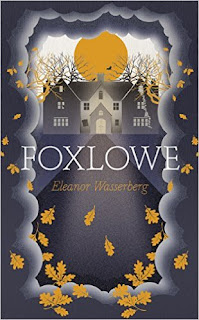 Once in a while I am lucky enough to stumble upon excellent books, well written, with a good story and, most importantly, which make you think. By far the best book I've read this year, Foxlowe, the debut roman of Eleanor Wasserberg, is about the tragic ending of a commune community in England.

The life and strict rules of the community are described during the entire book, through testimonies of the members or through the voice of the main narrator, Green - Jess. The children are educated in common, not sent to school or teach to read or write, the food can be scarce sometimes, the kids are punished in order to get the Bad out of them, the contacts with the outside world are very limited and Green/Jess once a Leaver, has great difficulties to adjust to the normal life: she don't know how to use properly the money, how to go back home or to interact with people. The kids grew up in complete ignorance about the outside world and Green/Jess question emphasized the usual situations of children growing up in such environment: 'Is the sky the same there? Of course! It's only the other side of the cloud!'.
Regularly, Solstice ceremonies are organised during which fresh food is prepared and everyone is singing and doing rituals together. During one of them, it is pretended that Kai, a new comer can be cured from his possible lung cancer: 'Foxlowe can heal him. It's the Bad, making him ill. The Solstice will drive it out'.
Dominated by the psychotic personality of Freya, the commune/ the Family is run as a bloody dictatorship. Entering the commune means being given a new name, and the names of those who are leaving are not said any more. This obsession with Bad and the assumption not only to the supreme knowledge but to the super power over the life of the members brought to death the rebel Blue, who was repeatedly tortured and physically harmed for getting the Bad out of her. Freya will die alone at Foxlowe, left but the co-founder of the commune, Richard and Green/Jess and other members of the family.

After the first two pages of the book, I was not sure if I want to continue it or keep it for later. Somehow, the good inspiration told me to keep reading it and I haven't leave it till I was finished. The writing is very clear and beautifully polished. The characters are complex, revealed little by little, through dialogues or small stories within the big autonomous story.
The story is told using various time frames. From the middle of the narrative, the plan moves to the present and it was exactly that moment when I was about to think that till the end the succession of events will follow the smooth chronology past to present. I really loved that moment of change.
Besides the techniques, it gives a lot of food for thought about the limits of the closed communities, the relationship between society and individual and the family ties.
The conclusion: an excellent read.
The book is available beginning with June 2016.
Rating: 5 Stars
Disclaimer: The publisher granted me the book via NetGalley.com, but the opinions are, as usual, my own
Posted by WildWritingLife at 12 March