In the city of birth of Hans Fallada 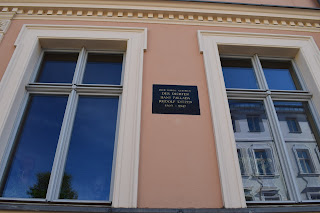 The posthumously admired German writer Hans Fallada was born in this house, in Greifswald, in 1893, in Fernstrasse 58-59. On the street facade, a memorial inscription mentions his birth name: Rudolf Ditzen. His full name was Rudolf Wilhelm Friedrich Ditzen, but took the name Fallada later in life, a combination of different names of Brothers Grimm characters. 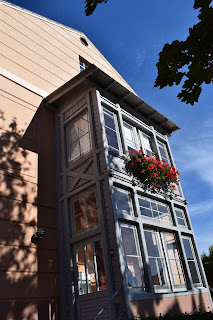 He lived in this house, that can be visited during the week, until the age of 6, when his father, a court judge, got a job promotion and had to move to Berlin. In his memory, there is a street bearing his name and the city library also is named after him.
Posted by WildWritingLife at 11 October