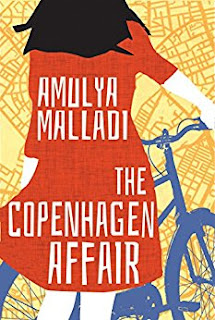 Relationships aren't healing if you move countries. Instead, you are only faced with a new, often magnified reality, which shows 10 times or more bigger the big hole you are in.
Sanya and her successful charming and fashionable husband move for one year to Copenhagen hoping that the 'implosion' she suffered recently will go away, while he is busy to supervise the purchase of a local company. The new expat family is received with open hand by the high-end local society, for a very serious reason: there are so many secrets to hide among the people supposedly selling the company that they better behave nicely and even try to flirt or have an affair for the price of it.
Nouveau riches and old money, desperate dedicated housewives, illicit affairs and a lot of showing off, this is the expat world where the good Sanya is introduced too. But she is also going through a dramatic transformation, with a clear line between the 'old' and 'new' women who is trying to change into.
The writing is very captivating, although the story is not so original and the expat life in happy places around the world, with its illicit and legal aspects was often used as a background in recent books - for instance, The Expats by Chris Pavone. The intricacies of the mental breakdown Sanya went through are very well described and together with the other elements of the story, mid-way between irony and thriller, with unexpected twists and some unanswered questions - what really happened between Sanya and Ravn during her 'kidnapping'? - which make the book a pleasant and hard to put down read.

Posted by WildWritingLife at 08 November