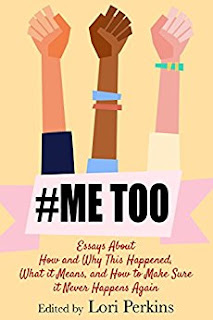 The recent Weinstein scandal is a revelation not only about the sexual harassment regularly practised in the film industry, at Hollywood and abroad, but almost in every creative industry. And beyond. Some might say that bohemians and creative people in general do need muses and inspiration and loose morals in order to create.
I remember my disgust when as a young reporter I was often invited to late parties in the office, with a lot of booze and people with loose morals for whom it was normal to go to bed before the next press conference early in the morning with whoever was of the opposite sex. The new employees and interns were expected at least to answer the flirts if not to accept sexual favors, not necessarily compulsory for getting a long term contract or a salary raise. I was told that this is part of the hardship of a job where you have to be always alert, on the road and ready to spend hours waiting for a scoop. Longterm relationships were rare, and marriages even seldom. I am sure many of those people were not evil or predators or even sick people, but just individuals self-righteous in their own way, unable to realize that what they were doing was humiliating and wrong and it was the fault of their weakness for not being different
The collection of essays edited by Lori Perkins - available for free download on Amazon.com - reveals personal experience of both and women that at certain moments of their careers or human development faced different degrees of sexual harassment and abuse. The testimonies are liberating but also aimed at giving strenth and support to those not yet able to talk about their trauma. It helps - although at a limited extent - to deal with the everyday weight of the soul drama, but also to realize that sharing is a way to empower others in similar situations, the silent voices of the victims. Such a collection has also the role of educating both potential victims and aggressors, offering examples of how much suffering sexual abuse can bring and how avoid ending up as a victim. Each and every one of us has a voice that we need to use it to fight and counter inequalities, injustice and abuse. And perpetrators, regardless how close to kin they are and what personal trauma they went through either, they need to be revealed.
A very useful collection to read for everyone interested in understanding the subtle ways of sexual abuse and how important is to reject such public behaviors, regardless of the professional background and social status of the perpetrators. Abuse is just not acceptable.

Disclaimer: Book offered by the publisher in exchange for an honest review
Posted by WildWritingLife at 15 November