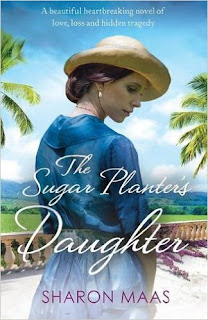 Set in the British Guiana at the beginning of the 20th century, The Sugar Planter's Daughter is more than a chronicle of social and race equality, but a novel about love, betrayal and hope.
The story is told by episodes by the main protagonists of the story, each assigned a particular voice and role in the narrative. This choice creates a very interesting dynamic of the development of the story, building the conflict and creating the context for possible solutions. As a reader, you are introduced in a complex and always surprising story, that at some times leads you through a dramatic emotional roller coasting.
Although the book is the continuation of a previous episode, focused on the story of the Winnie's father - where the daughter. the sensitive yet hard fighter against racial prejudice contributed to bring him to justice in a case of racially motivated crime -, the reader doesn't suffer, as important details of this first story are skilfully introduced into the current story. I particularly liked the way in which the historical and racial background interwins with the story of love and betrayal. You do not feel you are lectured about a particular aspect, but offered useful hints to understand the context, through the voices of the main protagonists: Winnie, her sister Yoyo, their mother, Ruth and George, Winnie's husband, the fighter for equal rights. George himself is an example of the switch of mentality in the English Guiana and elsewhere, that took more than a century to get accomplished: talented, ready to prove that his intellectual qualities are the same as of the 'white' majority, assuming the risk of marrying a woman from the oppressive majority. Personally, I had big expectations from the character if George and eventually went disappointed with his decision to give up political militantism in favour of a bourgeois pursuit of wealth and economic stability for his constantly growing family.
The end is maybe not as dramatic as expected, but still surprising, the conclusion of a very emotional literary outbursts that makes you believe that everything - on the worse side - can happen every moment.
This is a book I recommend for its intelligent writing, interesting questions challenging the reader and the charming story.
Rating: 4 stars
Disclaimer: Book offered by the publisher in exchange of an honest review
Posted by WildWritingLife at 28 August