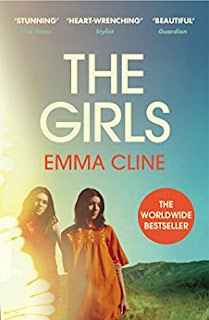 The Girls is a book with many ups and downs, both emotionally and from the point of view of the writing but raises many deep questions about age and being a girl, regardless the decade and the country.
For instance, it has many meditative paragraphs about the fate of the girls as such - 'That was part of being a girl - you were resignet to whatever feedback you'd get. If you got mad, you were crazy, and if you didn't react, you were a bitch' - and it does give account about growing up - but not yet old - in the 1960s, but from the point of view of the events related in the book, some of the emotions and the rational of the story do not go well together or somehow, the connections are lost while telling the rest of the story.
After a while, from the descriptions of the youngest heroes of the story - Sasha's friends -, we are told that the 'girls' used in fact to be part of a cult, but besides some sexual details and a dictatorial behavior of the 'leader' other descriptions regarding the practices of the cult are completely absent. Most of the book is a torrid slow description of coming to age, from the first sexual experiences to breaking up rules and borders, therefore, the violent crime which in fact changes completely, at least for a while, the pace of the story, might be an interesting episode which could bring some mystery thriller into the story, which does not happen.
The life of the girl telling the story, who had her rebelious moment of joining the cult, only because attracted by a hippie girl she saw begging and stealing around her school, her alter-ego she will never be, remained basic and normal. 'Suzanne and the others would always exist for me; I believed that they would never die. That they would haver forever in the background of ordinary life, circling the high ways and edging the parks. Moved by a force that would never cease or slow'. The short time she spent with this strange group looks like the most eventful episode of her life until late in her mature age.
Based on event descriptions and other story details we realize that the episode takes place during the summer vacation, but the time sequence is so hard to define that period of time otherwise. It could be one month or one week or only a couple of days, it is hard to estimate if you take into account only the way in which things are taking place within the commune.
Despite some flaws, this book is an interesting and thoughtful read. If you are into psychological introspection and coming to age books, I recommend to not forget to take it with you for your summer vacations.

Email ThisBlogThis!Share to TwitterShare to FacebookShare to Pinterest
Labels: 3 star book review, book review the girls, books about women, emma cline, reading recommendations, the girls, what to read this summer