Book Review: Into the Water, by Paula Hawkins 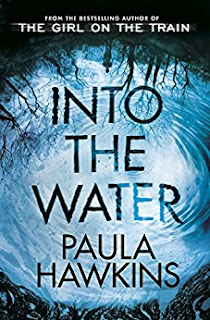 After writing The Girl on the Train, the book everyone kept talking over and over again, Paula Hawkins published another suspenseful, but completely different in pace and message book, which has many interesting twists and a strong message about women too. However, from the point of view of the narrative construction and characters, it has a couple of downsides too.
Into the Water has a dramatic opening with a strong evocative and descriptive power. Nel Abbott is the newest tribute that Drowning Pool requested from a small English town. But did the bubbling charming single mother of the rebelious teenage Lena really killed herself? Was it so much under the impression of her latest project documenting the deaths of another women that've found their ending in the same waters?
For around 100 pages it is difficult to realize what is going on, if there will be any serious police investigation into the case or the rest of the book is in fact only a meditation about water, its symbol in various cultural and religious contexts. My biggest issue - and it seems of other reviewers too - with the book is that there are so many characters, most of them not likeable at all, that are not followed throughout during the story. When they are back into the story, you may need a couple of minutes to remember who's who. Although their role is to create connections and describe interactions, it doesn't always happens and very often the reader is just left confused with a new character that you don't know for sure how to grasp.
At the micro-human level, Into the Water investigates - without trying to find out why - how our memories are created and altered during various development stages. Even the most painful memories are actually filtered through our self-defence mechanisms and end up often as a soft version of the real events.
The story development as such has many twists and direction changes, some of them very fine and subtle displaying a special art of the writer which makes me think that I would really love to read more of her books too.
As we are about to reach the end of the book, the obvious questions about the many women victims that ended up in the water are coming together to another cruel reality that will revealed in fact only in the last pages. Why were all those victims women? Because they were kind of witches, or unstable being looking to cleanse themselves in the water? What brought them to this condition and especially whom? When exactly a woman can consider herself a victim - of the circumstances, bullying, rape by someone she knows oh, so well?
With Into the Water, Paula Hawkins shows her delicate sense of detail and human observations and promises an even greater next book.