One hour away from Berlin, the spa and relaxation Brandenburg resort of Buckow is a perfect hideaway if you want to spend some 'me time', far away from the city hussle, surrounded by an idyllic landscape. This July, I spent there three weeks exploring the area, relaxing and reading with views over the esmerald lakes.
It looked that famous literary characters from Germany envisioned this corner of paradise at least as inspiring as I did, as they choose it as their creative retreat. Buckow's famous residents were the couple Helene Weigel - Bertolt Brecht that spent summers working and creating here. 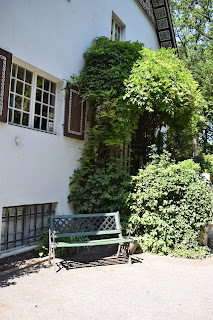 The Weigel - Brecht Memorial House is situated - where else - on the Brecht Street, at no. 30. It is at the end of the street, close to the forest and with a view over the Scharmützelsee. 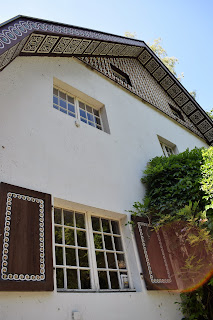 In a row of one-storey houses, this house stands out by its rounded roof and the discrete wooden panel decorations. Created by a Berlin architect, the house was the property of Weigel, and after her death - she survived Brecht for over a decade - purchased by the GDR and turned into a memorial house. Here are regularly organised various literary encounters and events about Brecht and writers with similar influences. 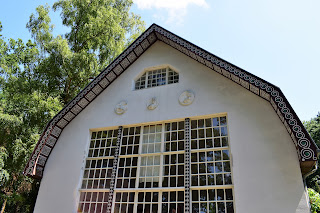 The house is relatively simply organised, with a huge living room at the ground level, and some small rooms - and probably a kitchen, at the first storey. 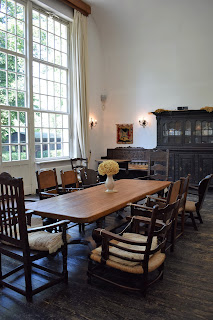 Only the huge living room, with a glass wall through which the natural light is soaking the solid wood furniture is available for the visit. Personally, I would have expected more information about the house and its history, as well as a bit more about Brecht than the famous Mutter Courage play, where Weigel had for a long time the main role. 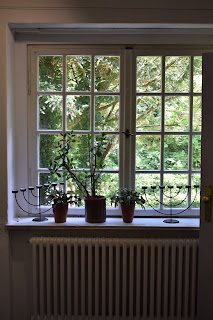 Weigel-Brecht were often compared to the couple Simone de Beauvoir-Sartre. As in the French case, Weigel stayed in the shadows for a long time and was often considered just an actress, in comparison with her worldwide life partner. However her contributions to the evolution of German contemporary theatre are at least as important as Brecht's literary achievements. 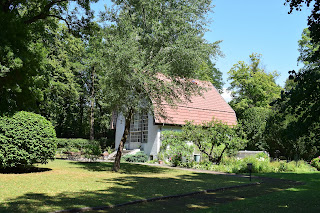 The house may look modest to the visitor, but the large garden, where the wild bushes alternate with the neatly trimmed grass, make it the best of the entire estate. 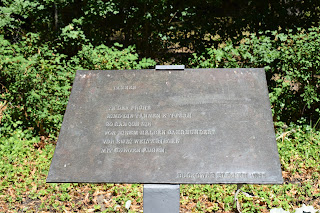 Fragments from the poems written here by Brecht- Buckower Elegies - are spread all over the garden, written in metal boards. 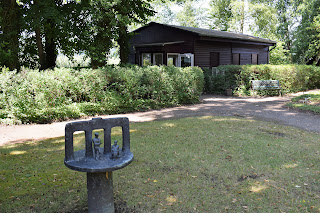 Other small pieces of art are also give a human touch to the garden. 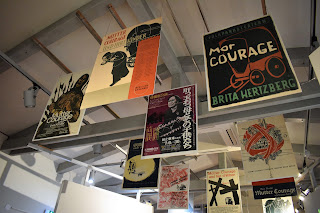 A special space was created with EU money especially for everything related to the famous Mutter Courage. Written during the exile in Sweden at the end of the 1930s, Brecht used the background of the 30 years wars in the 17th century for outlining his ideas about the cruelty of war but also warning about the dangers of capitalism. You can listen and watch there fragments from the interpretations of the Berlin Ensemble, including Weigel's role.
Brecht remains a role model and mythical character in the German literary history, and its portrait displayed in Buckow is missing any eventual critical overview of his positions towards the SED-dictatorship and the lack of significant reaction towards the further evolutions in the Soviet Union and the communist space in general. 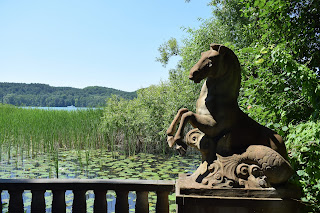 The beauty of the garden though is filling my soul and my eyes with gratitude for being able to visit such place. 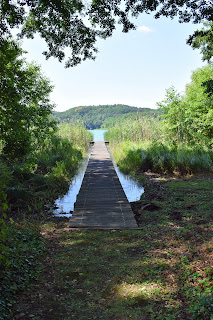 In an eyesight, you can figure out how inspiring such a corner can be for a writer and intellectual. It offers you the peace of mind and concentration to completely separate from the outer world and create your unique works. Being allowed in their sanctuary, we, the simple humans, can only understand better their influences and state of mind.
Posted by WildWritingLife at 01 August