Books are always the best way to share testimonies and keep memories alive. Especially when it comes to a historical time as the Holocaust. Tutti's Promise that I reviewed elsewhere is the latest book I had the opportunity to read about this period of time. The author, K.Heidi Fishman is sharing on my blog her experiences as a writer and the challenges of writing about such a dramatic time. 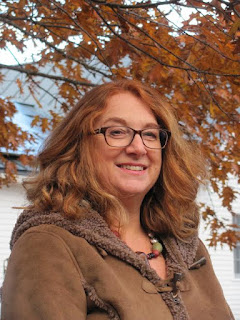 What was the most challenging part of writing this book?
I would say there were two large challenges for me. The first was the research. All the documentation and most of the websites I was searching were in either German and Dutch, plus a few in Czech and Hebrew. Although I grew up hearing my mother and grandparents speaking both German and Dutch, I don’t really know either language very well. I studied Spanish in high school (which didn’t help me at all on this project), and I had taken one year of German in college. So that meant every time I was looking at material in one of those other languages I needed to translate it before I really understood what I was looking at. It made everything take much longer than it would have if I had been fluent in those languages.

The second challenge was in writing from a particular point of view. I first tried to write the book from the point of view of my mother’s doll. However, I soon found that wasn’t going to work as the doll doesn’t appear until well into the story. Then I tried to alternate between three separate points of view – Tutti, her mother, and her father. That became too complicated. Finally I settled on the book as mostly coming from Tutti’s POV with occasional chapters where her father’s POV dominates because he was involved with things that Tutti wasn’t privy to. 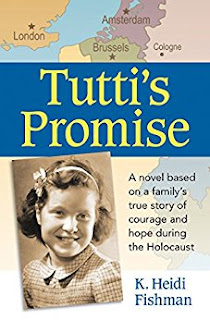 How much time did the documentation play in the making of the book?
The whole book took five years from conception to publication. I’m not sure that I can say the documentation took a certain amount of time as I wasn’t organized enough to first research and then write. I was flip-flopping between both tasks the whole time. Some days I would be more inspired to write and on other days I found myself deep in research reading books about WWII or searching for an important detail on-line.

What was the reaction of the people, particularly young children, during the readings? Any noteworthy feedback?
When I completed my first draft I asked several of my daughter’s classmates to read the book. They liked it. The enjoyed the story, but their feedback was basic. They found typos and grammatical errors. They were young and embarrassed to give their classmate’s mother any criticism. Some of my early adult readers were better at helping me hone in the problems with the point of view as well as helping me find areas where I spent too much time on “teaching history” and not enough “story telling.”  I soon found that I didn’t need to teach history (even though that is one intention of the book) because as long as the story was good and true it took care of the teaching for me.

What are your next writing plans?

1 – Two historians I met while working on Tutti’s Promise and I are thinking about collaborating on a non-fiction account of the metal Jews at Westerbork. We want to find out more details about how the operation came into existence and how effective it was at both saving Jews and sabotaging the metal that went to the Nazis. The working title is “Scraps of Hope.”

2 – So many people have asked questions about HOW I wrote Tutti’s Promise. They want details about the research — where I found different bits of information and how it all came together. That project will be about the process of writing Tutti’s Promise and how it effected me as a person.

There are less and less Shoah survivors nowadays. What can the written word do in order to keep the memory of the survivors and victims alive for the next generations?
This was my main motivation behind Tutti’s Promise. Like so many others my mother won’t be able to tell her story forever and future generations won’t be able to meet real witnesses to the atrocities of the Holocaust. There are already too many people who don’t understand. Just yesterday President Trump’s press secretary, Sean Spicer, said that Hitler “didn’t even sink to . . . using chemical weapons.” And then when Spicer tried to clarify his statement he implied that the people Hitler gassed weren’t innocent victims. It is just wrong that people, especially people in positions of power, don’t understand or possibly deny the truth of the Holocaust. Books about the people who were actually there is a good way to combat this type of ignorance.

Tutti's Promise is available on Amazon and barnesandnoble.com. To find out more or to sign up for a drawing for a FREE BOOK go to www.kheidifishman.com
Posted by WildWritingLife at 20 April