At the 12th edition of Comic Messe Berlin

As a big lover of both comics and book fairs, I decided to put on hold for a short time my spring wandering and spend some time instead at the 12th edition of the Comics Fair in Berlin, hosted as usual in the events space of the elegant Hotel Ellington, close to the symbolical KaDeWe store in the Western part of the city. 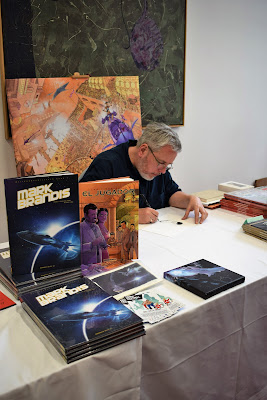 As the list time I visited, there were a lot of events scheduled for the 6 hours of the fair, such as manga drawing classes, while comics authors were working their next series while waiting to interact with the visitors. Unfortunatelly, compared to previous editions, the number of comics editions represented was relatively low. My aim was to find eventually some new titles from prestigious local and European edition houses, but it looked as it was not my lucky bookish day. 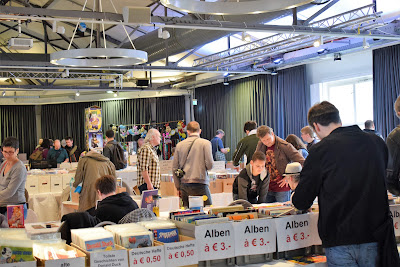 Instead, one floor up the space was crowded with dozens of boxes with old edition of comics reviews, most of them German special collections, but also in French or English, including manga versions for 18+. The prices were more than convenient, and negotiation was possible for a bigger amount of issues. 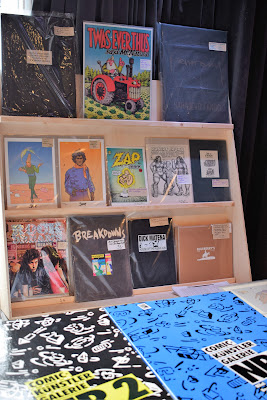 This part of the fair, the biggest part of it, was rather addressed to collector and vintage hunters, and as I am not belonging to any of the two categories, I decided to just cut short my visit. In addition to various published books and magazines, posters with favorite characters from series were also available. 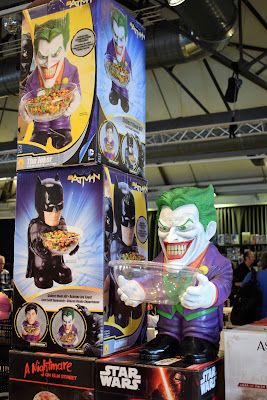 The fans of Star Wars or other popular series could found collectible toys for their collections at affordable prices. 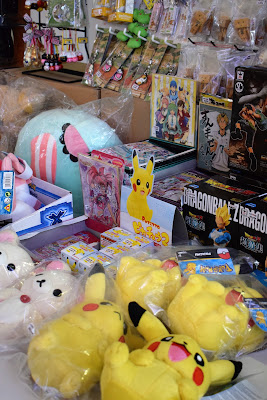 Although I personally was dissapointed by the record of the 12. Comic Messe Berlin, as lacking the fresh publishing and bookish dimension I was interested in, I am sure that the many participants who visited, with ages from 1 to 90 found for sure something to satisfy their interests. I am sure I will attend the next year edition, but maybe it is about time to explore other fairs and comics-focused events from other German cities. The next noteworthy reunion of the fans of German comics and not only is schedule between 25 and 28 May in Munich.
Posted by WildWritingLife at 02 April