Learning about the Middle East through graphic novels

I am a very curious reader when it comes to the Middle East, thankful that in the last years a lot of writers from the region were translated into English allowing access to a world of meanings that was for a long time hidden to the public. Either it is about richness of food or the meanings of home, there is always something to learn about this part of the world. My latest discoveries are a couple of graphic novels that I am happy to introduce. 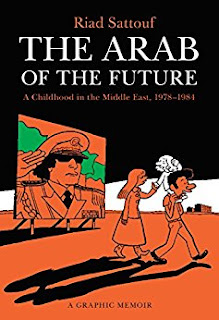 The first volume of the graphic novel memoir by the French-Syrian Riad Sattouf covers his experiences as a kid in the time of Muammar Ghadafi in Libya with snaphots of memory from the Syria of Hafez Al-Assad. His father, an academic and a pan-Arabist, decided to teach in Libya instead of UK, because at least there they were spelling his name correctly. This book is a good example of how smartly graphic novels can present complicated political realities in an ironic, relaxed way. The quality graphics matched with vivid dialogues can convene a lot of information about perceptions, interactions and human realities. I am looking forward to the next episodes of the memoir. 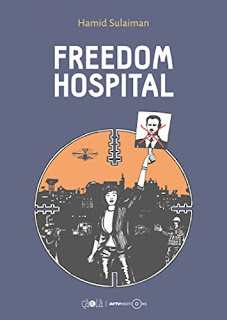 Freedom Hospital features in dark and emotional graphics a clandestine hospital created by the main heroine Yasmine in the war-thorn 2012 Syria. The hospital is the paradigm of the diverse and divided Syrian society, where all the participants are sharing their hopes, hates, trying - not always successfully - to cope with the existence of the other. The black-and-white pictures are creating a special dramatic effect, and the actuality of the messages - including references to social media - offer consistence and authenticity to the story. 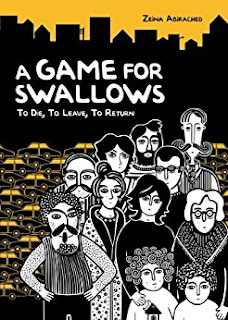 With graphic touches reminding of Persepolis, A Game for Swallows tells the story of the Lebanese civil war through the eyes of a child. I particularly loved the way in which the snippets are creating photographic effects, with small details detached from the a big image. The story takes often tragi-comical turns, with stories of people who never come back or children trying to have the best time of their life, despite the bombs falling outside.

This is all for today, but if you have any recommendations about graphic novels about the Middle East to include on my to-read-list, feel free to send me a message or to comment this post! As usual, I am keen to share more bookish love!
Posted by WildWritingLife at 19 April