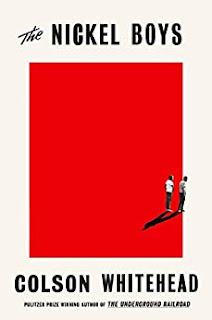 Inspired by a true media account of a brutal reform school closed in 2011, Nickel Boys is one of the many stories about the trauma of repeated persecutions against people of colour in America.
The school that inspired the ´Nickel´ literary equivalent, Arthur G. Dozier School for Boys, operated between 1900 and 2011, writing a terrible history of abuse, beatings, rape, torture and murder of students by the staff. However, the refined prose of Colson Whitehead is less focused on the terrible events that destroyed and marked for ever the life of the children, but instead it is dedicated to tell mostly the story of two of the ´inmates´: Elwood and Turner. Only one of them will live to tell the full story and eventually to be a witness against those who traumatized the children.
Elwood is the strongest character of the book, reflecting the cruel contradictions of his times. He is breathing the optimistic messages of Martin Luther King and believes with the strength of a child´s innocence in change. However, the structures of power and mentalities, especially in Florida where the Nickel School is located are rather favorable to the Klan mentality, including among the middle class. He trusts though the ultimate decency in every human heart and in justice. It was too early, for sure, but this is what protects a good soul from turning into an evil one.
The more I read about the stories of segregation in America I realize how limited my knowlege about this topic was, due to lack of information and direct insights. Somehow, I was almost convinced that as long as the black soldiers were fighting on behalf of America during WWII, there were no logical reason to believe they did not have equal rights. As Elwood says in Nickel Boys though: `(...) it was one thing to allow someone to kill for you and another to let him live next door`. It seems I have a lot of serious reading to catch up in this respect.
Nickel Boys is a short yet inspiring read. I got caught by the story, but equally by the elaborated structure of the sentences and the writing in general. I may say that as for now, it´s my favorite Whitehead´s books.